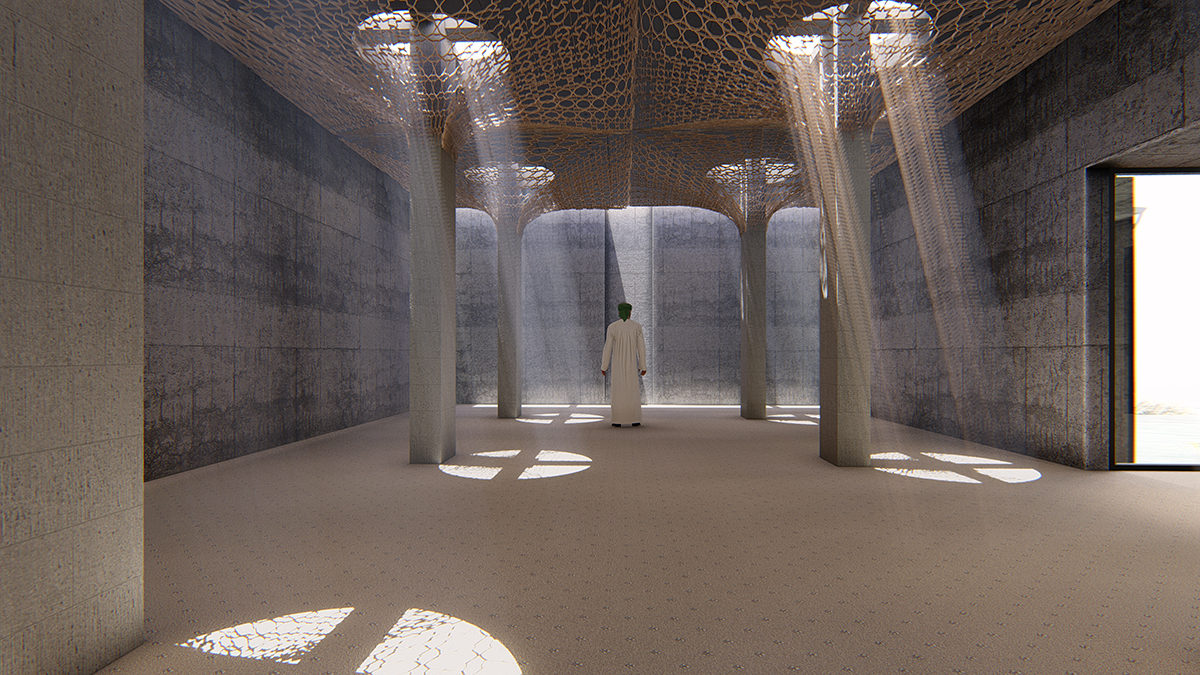 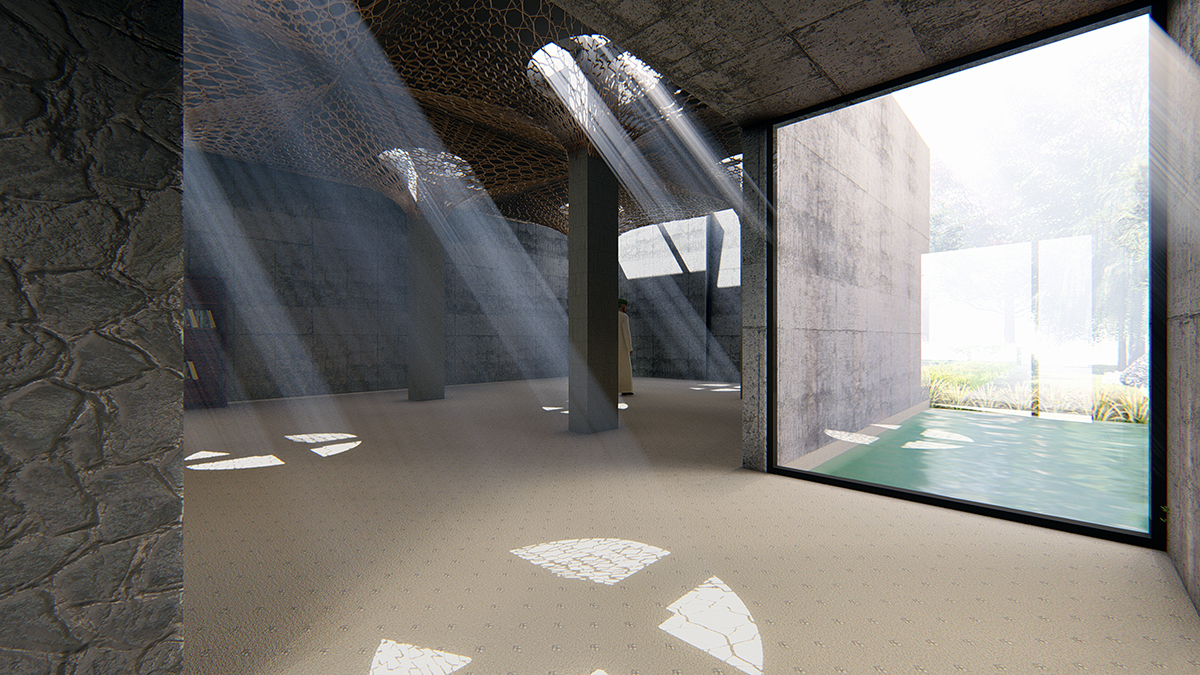 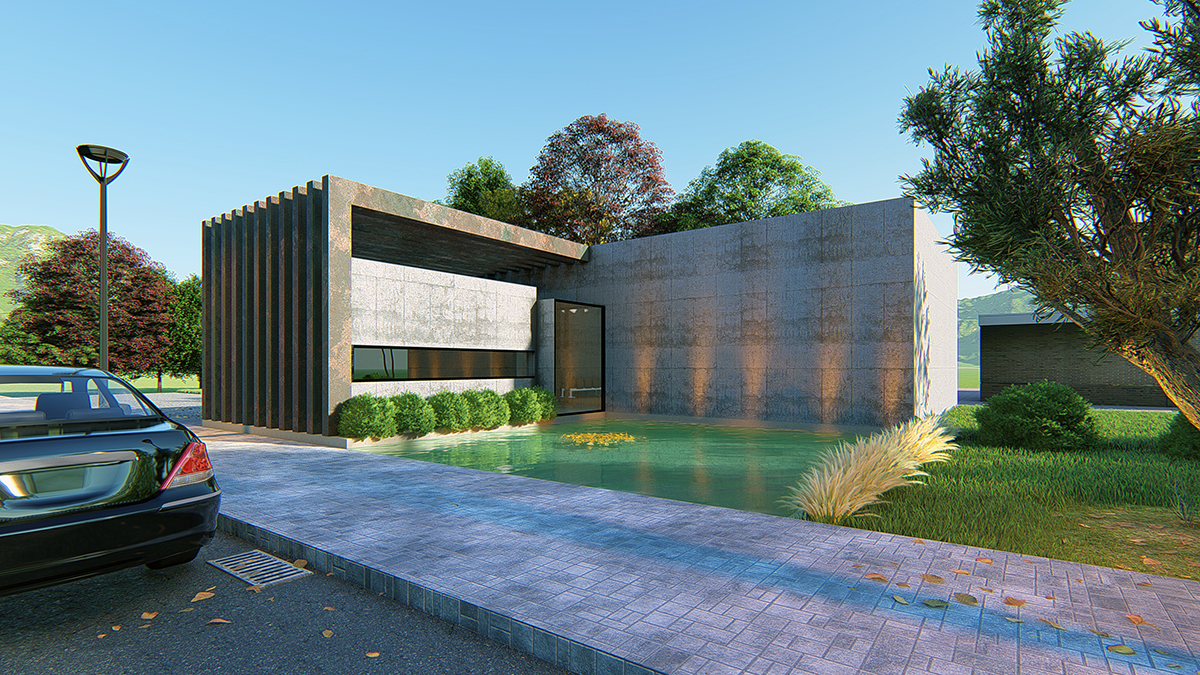 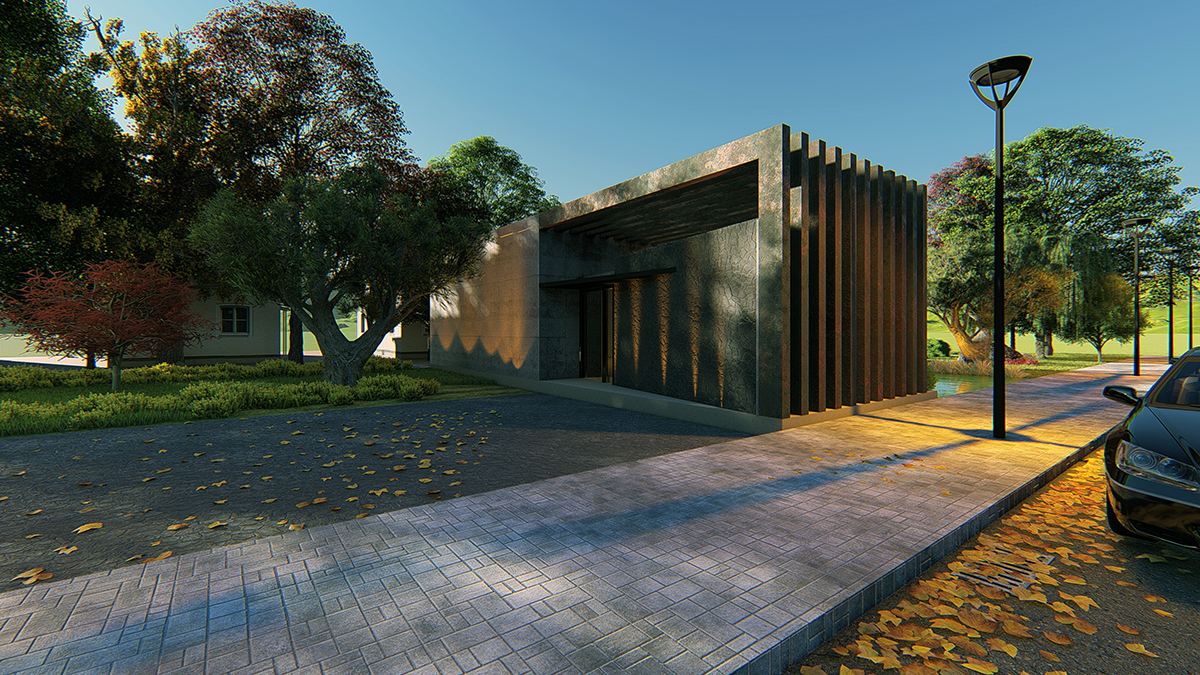 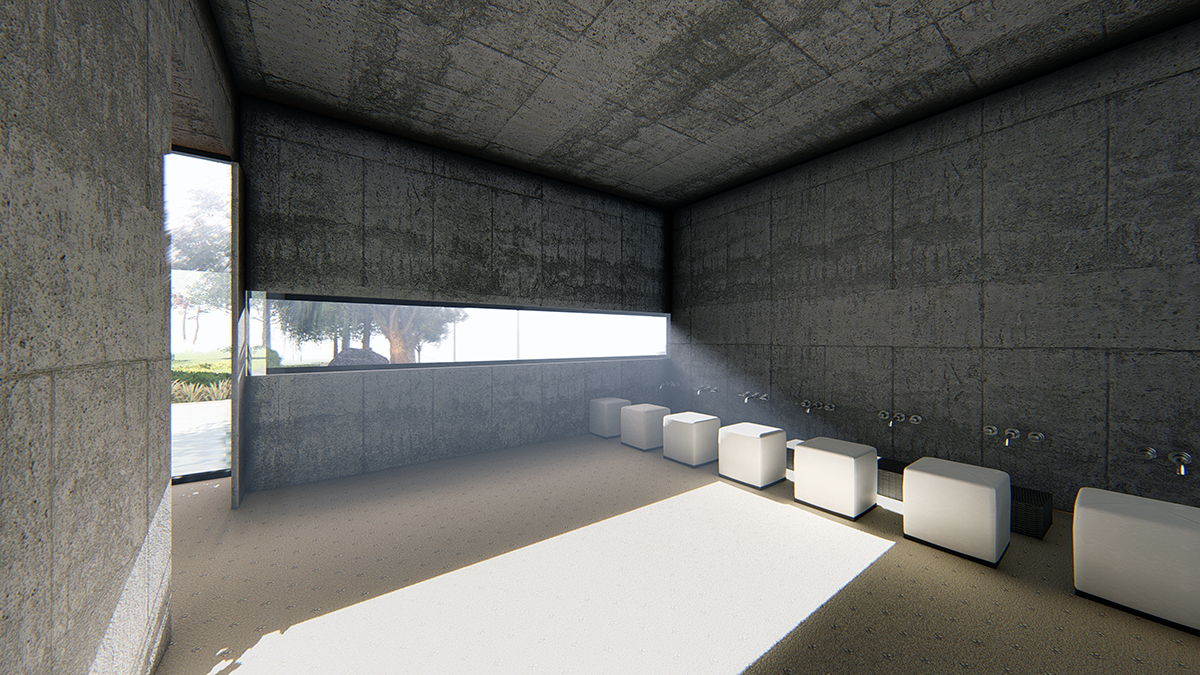 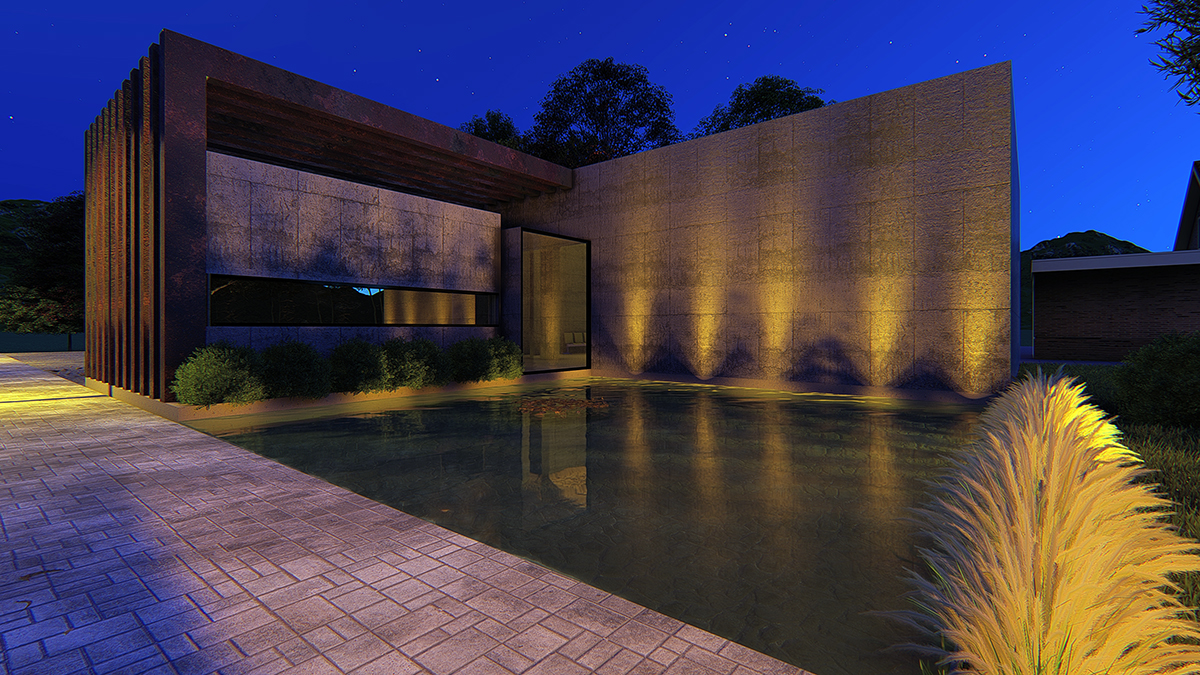 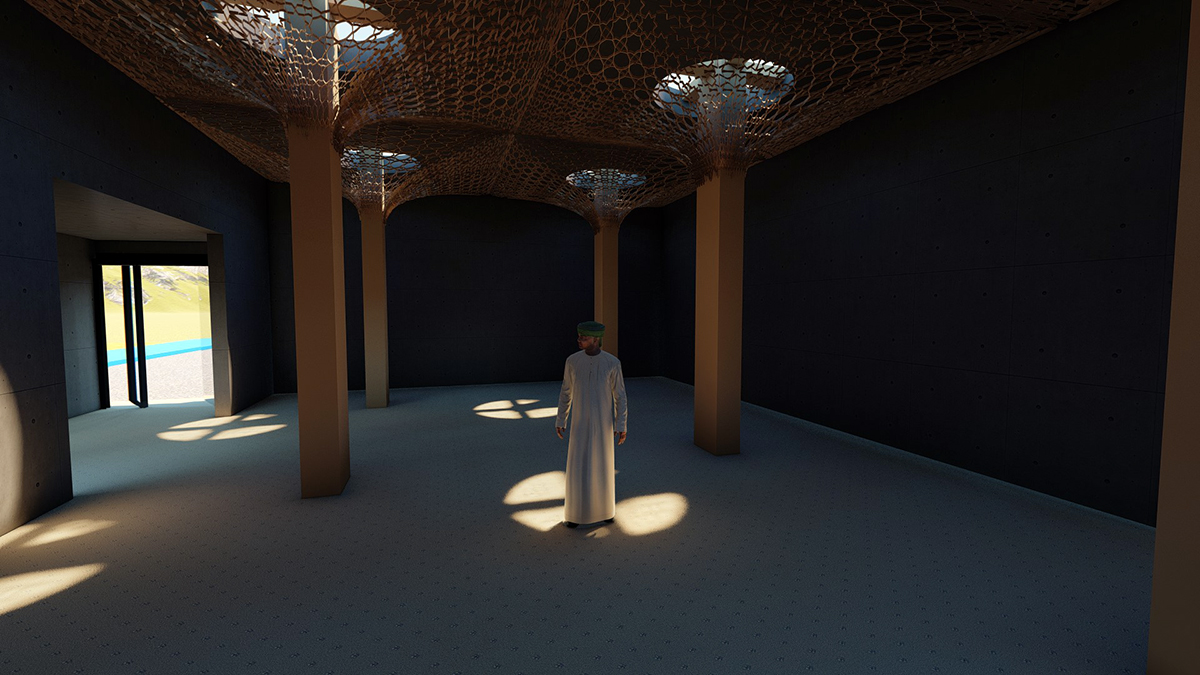 This Institute of Quran memorization near Latakia , Syria, which features cast concrete walls and a prayer hall fretwork-like ceiling, has been design to address the fundamental issues of designing a religious building by distancing itself from the current architectural discussions based on form and focusing solely on the essence of religious space. The Institute is envisaged as a piece of the city, one that reflects the journey from the temporal to the spiritual. The Institute and the garden become one, with the trees and the columns forming an informal vertical landscape and allowing Friday prayers to spill outside Inside, the prayer hall will feature a fretwork-like ceiling supported by more slender columns. The layout of the perforations is designed using a bespoke computer script to control the amount of light that enters the space, and is based on traditional Islamic geometric patterns. The play of light and shadow animates the space and activates the senses, In this way, an aspect of Islamic tradition is revealed through 21st-century technology.