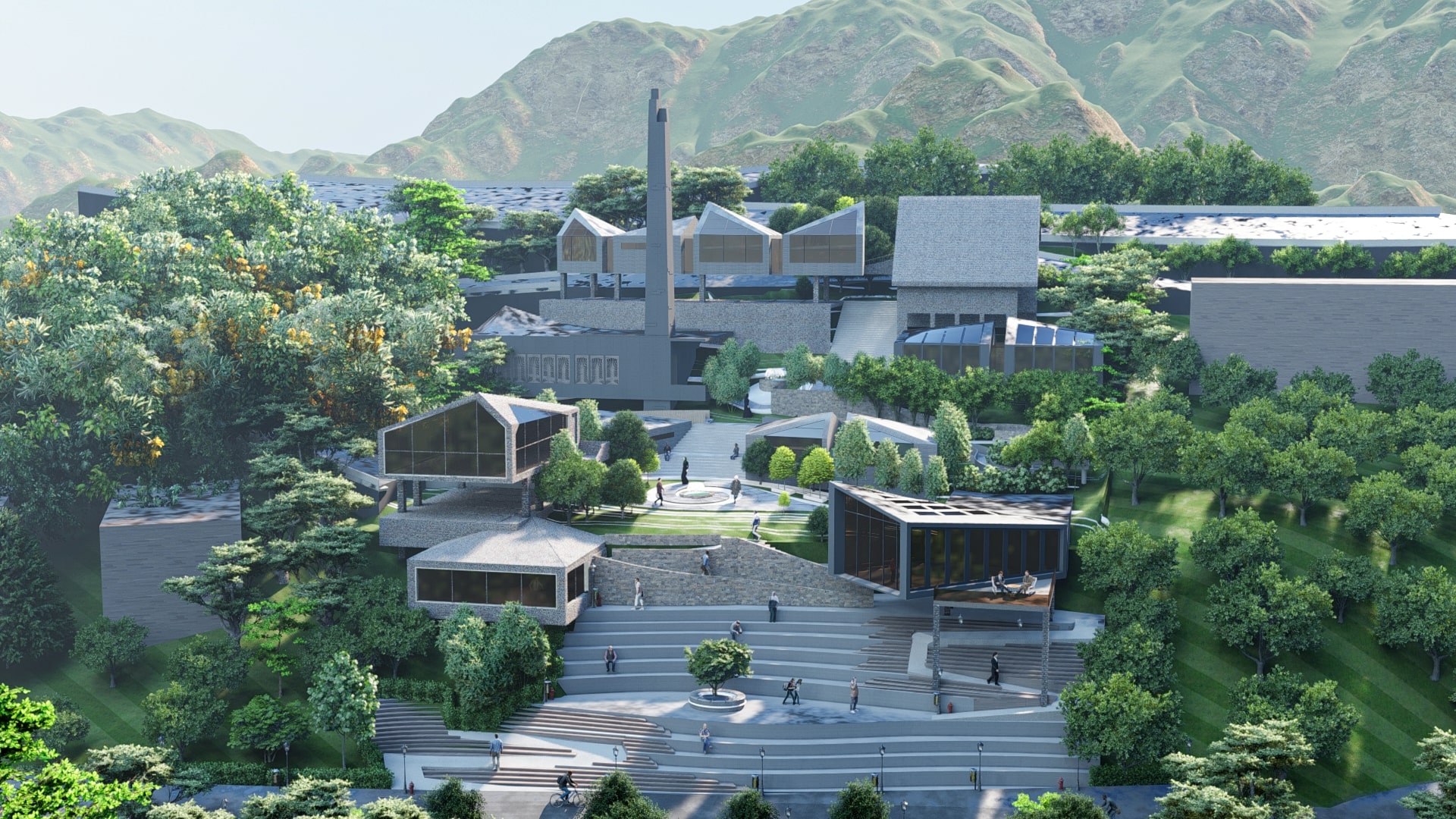 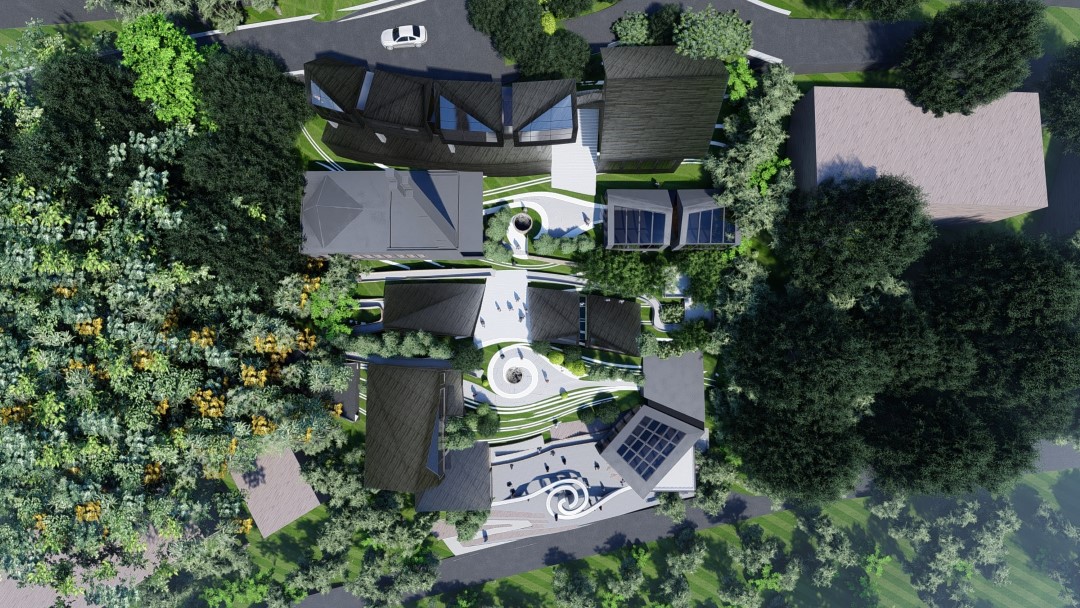 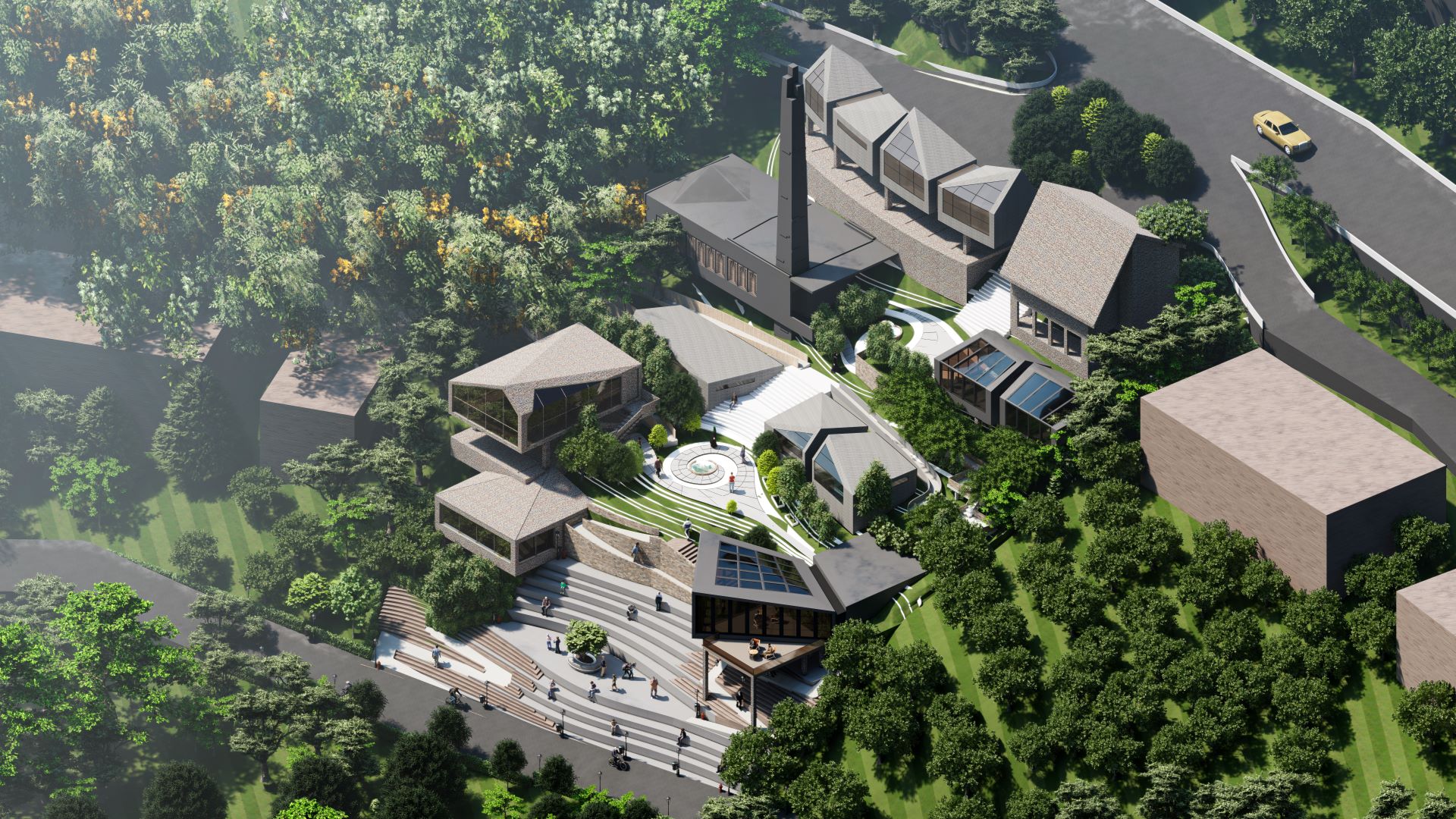 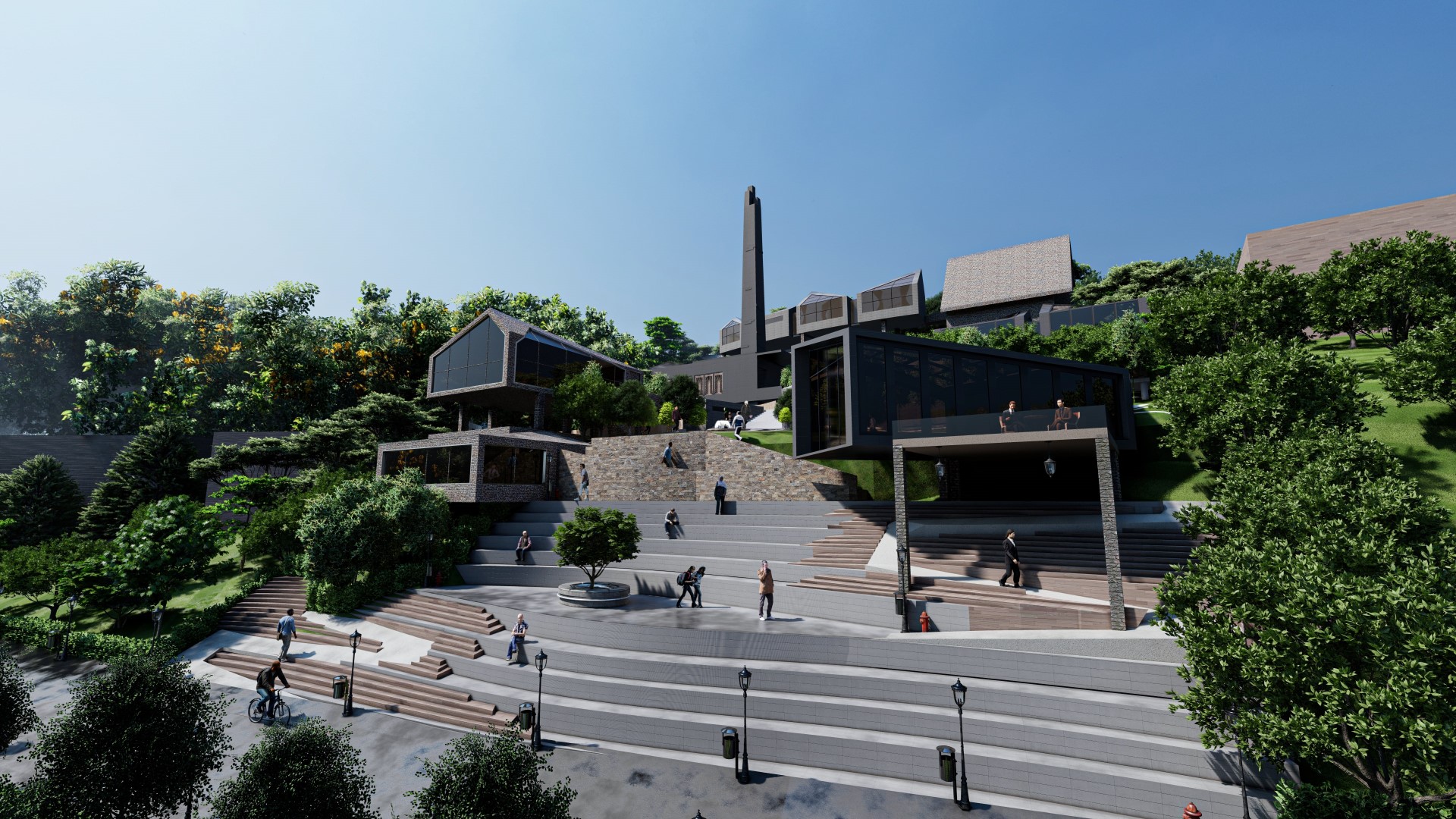 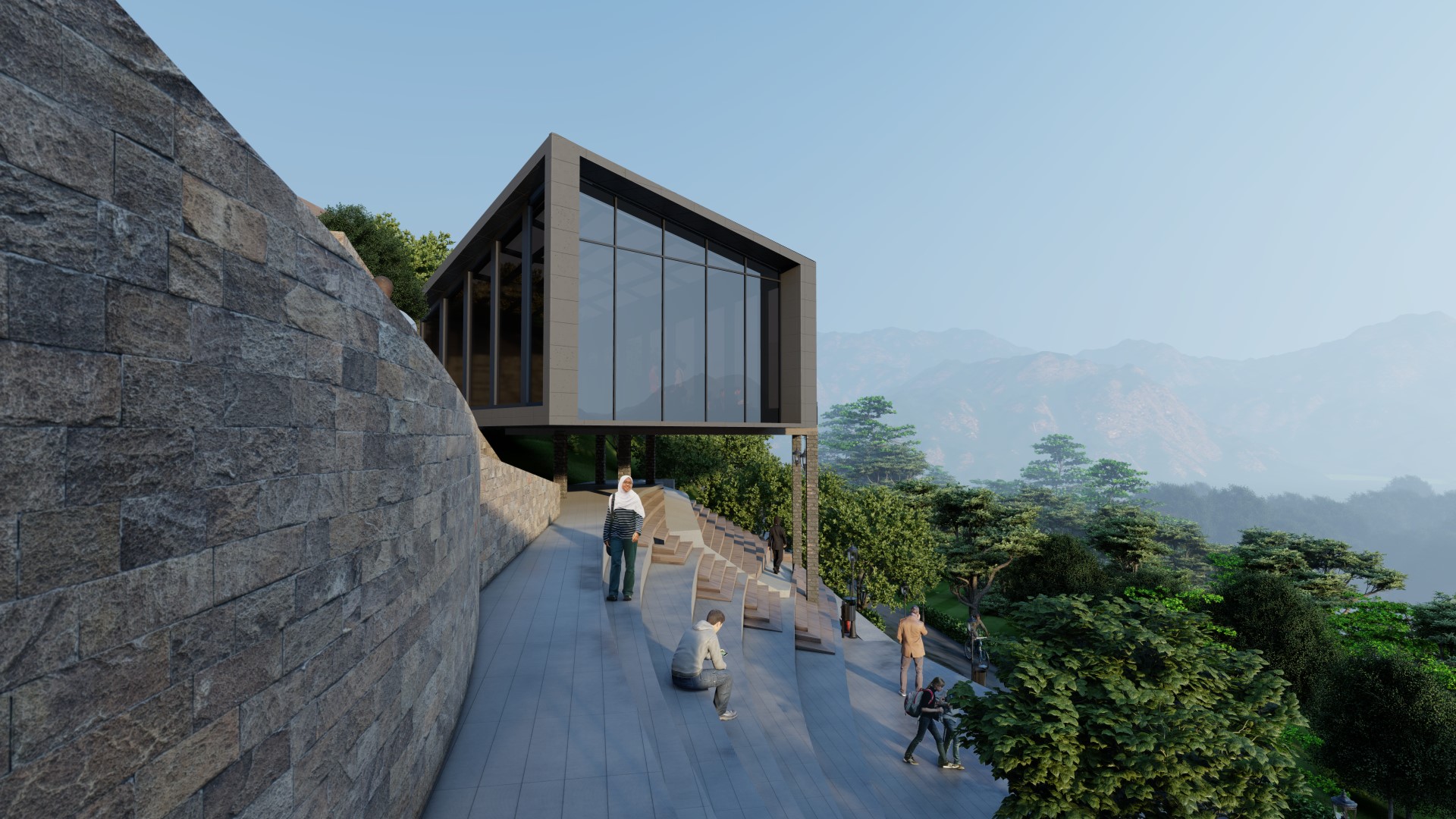 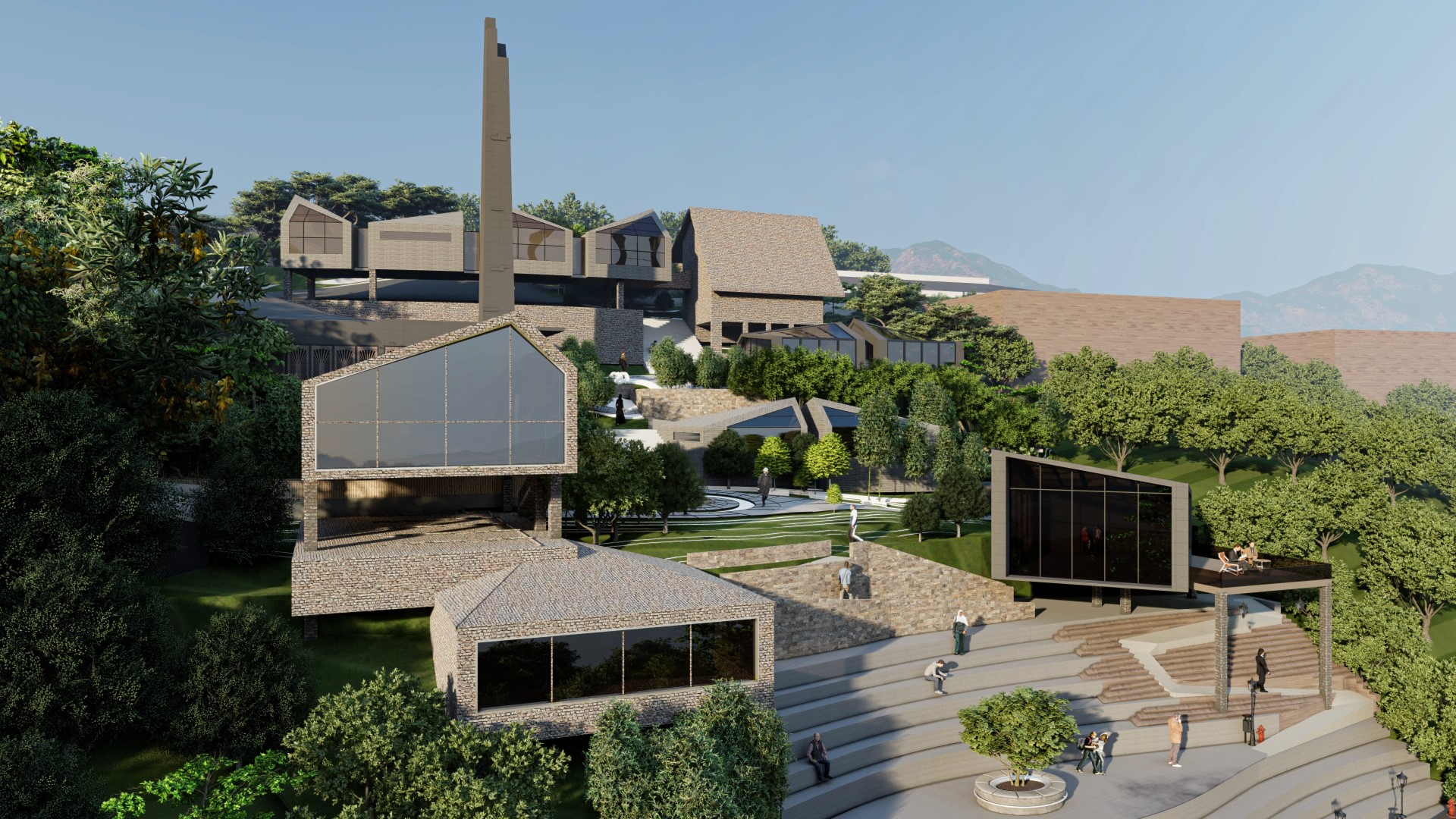 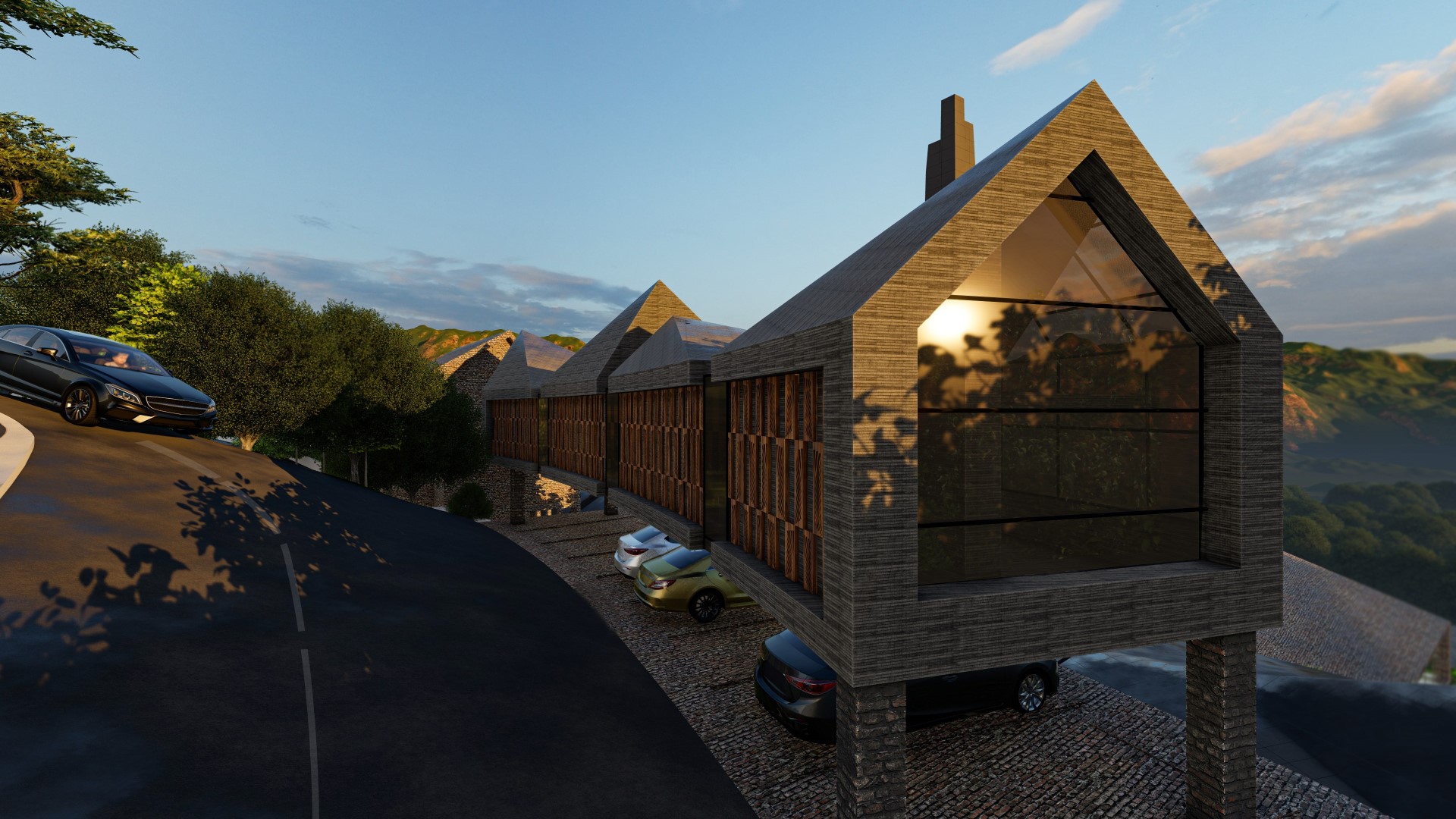 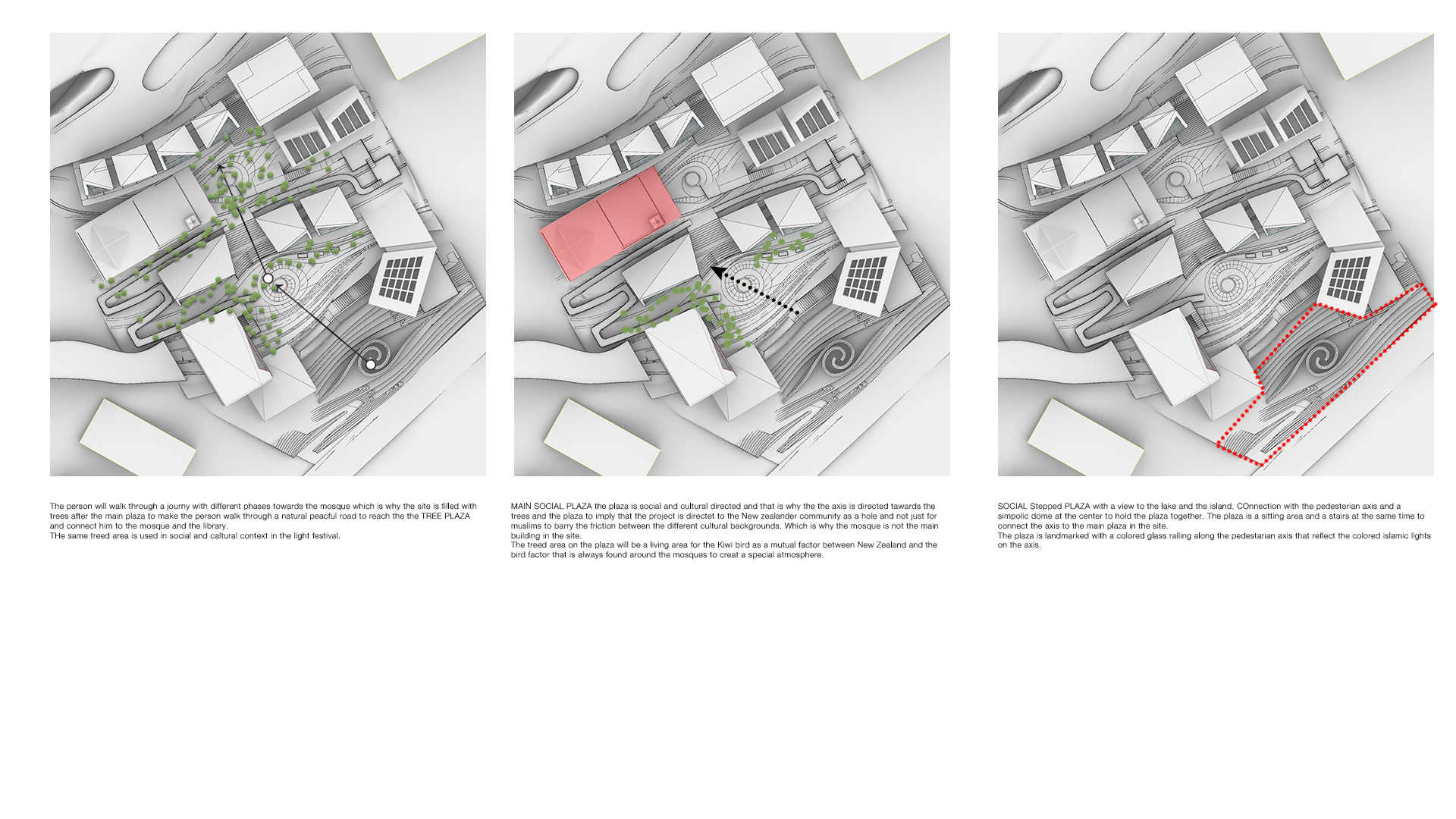 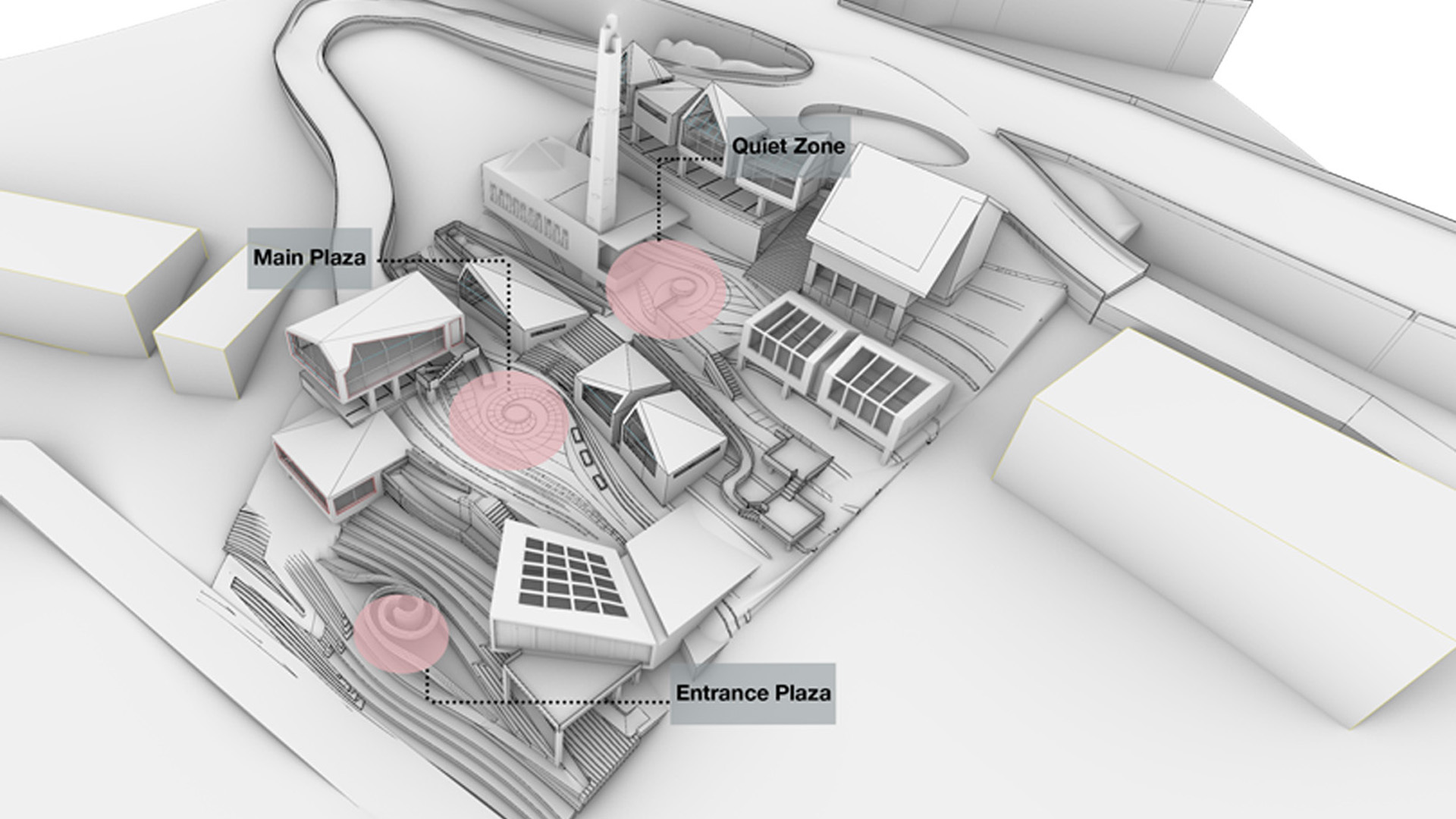 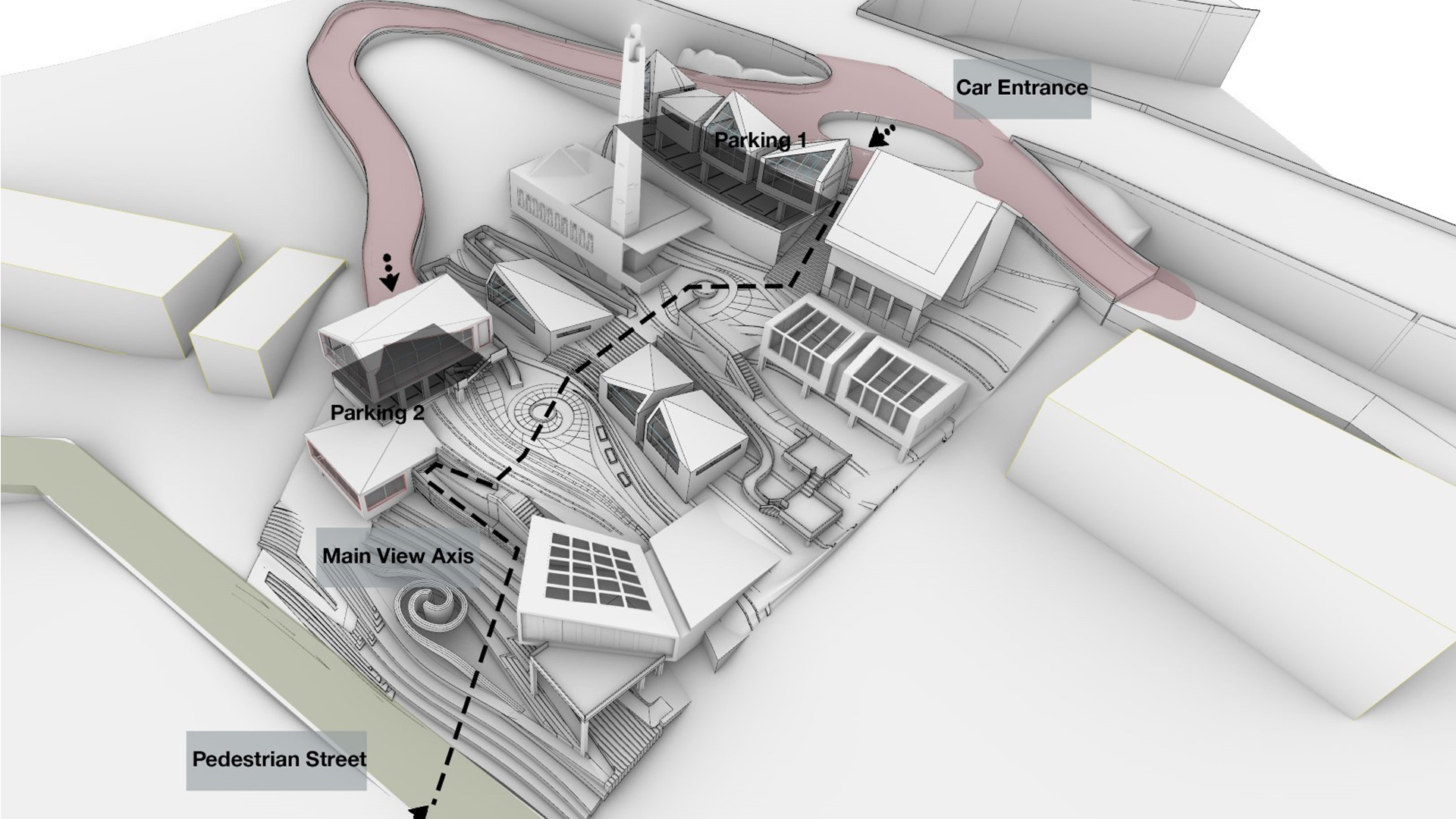 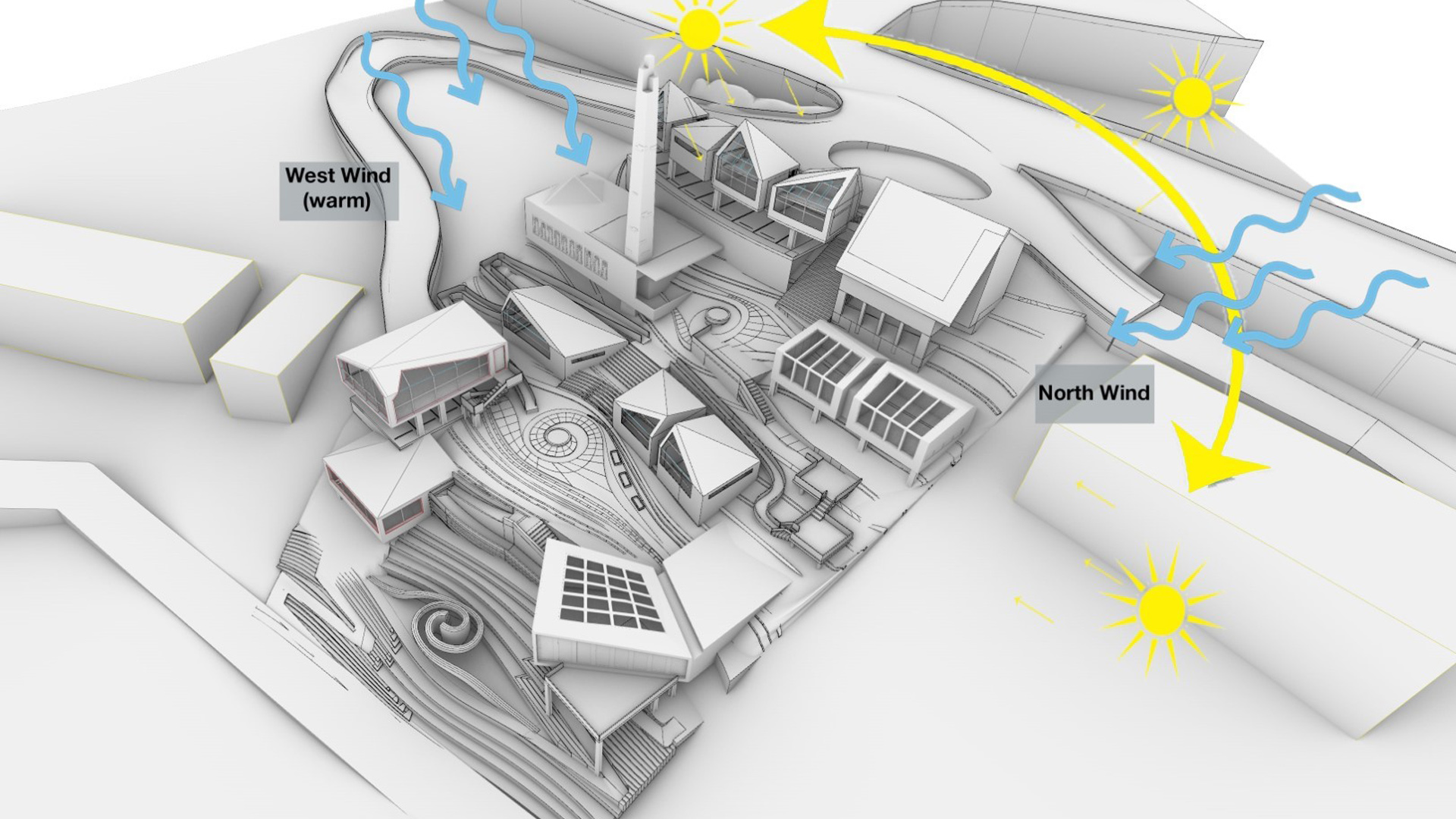 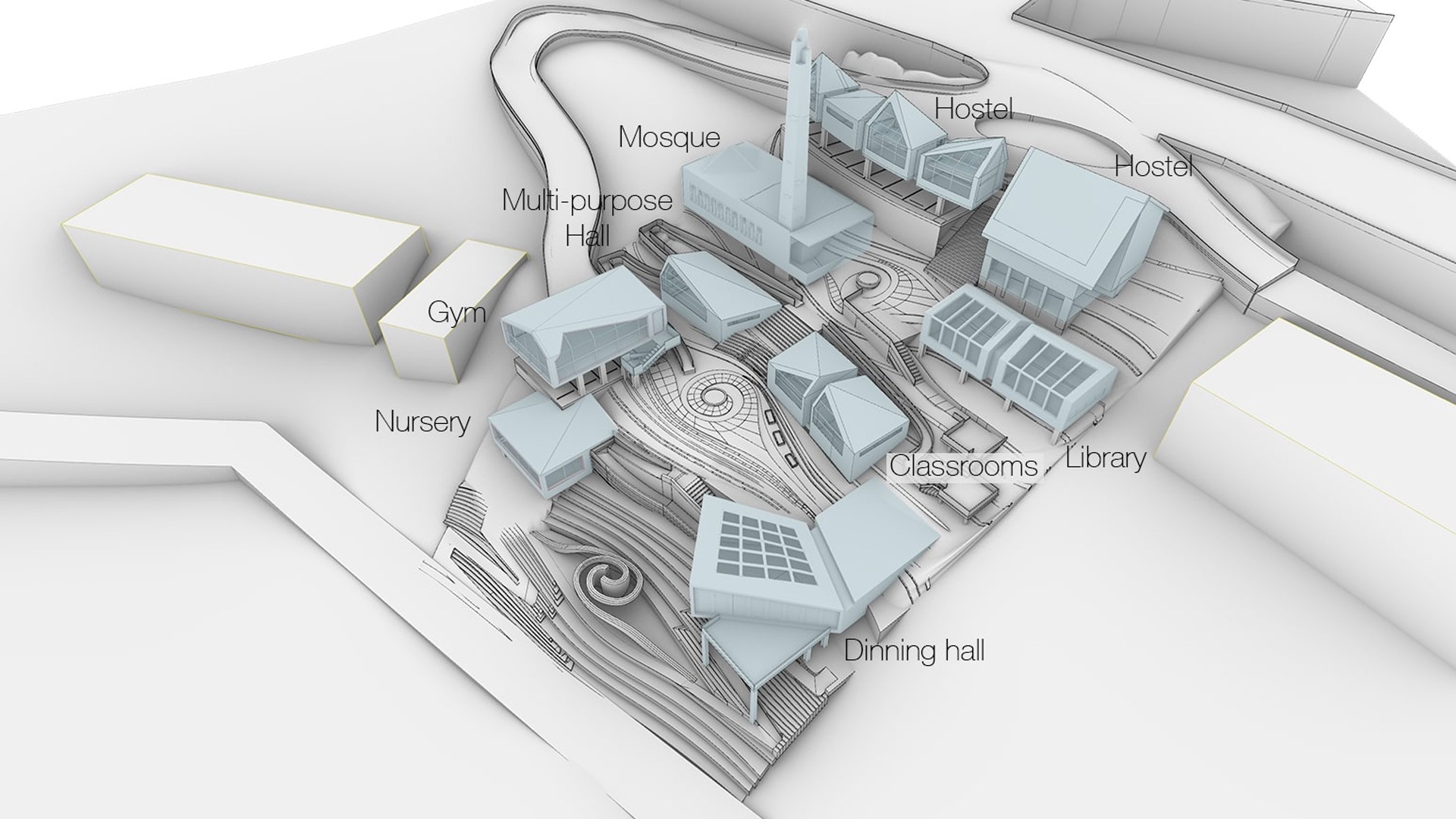 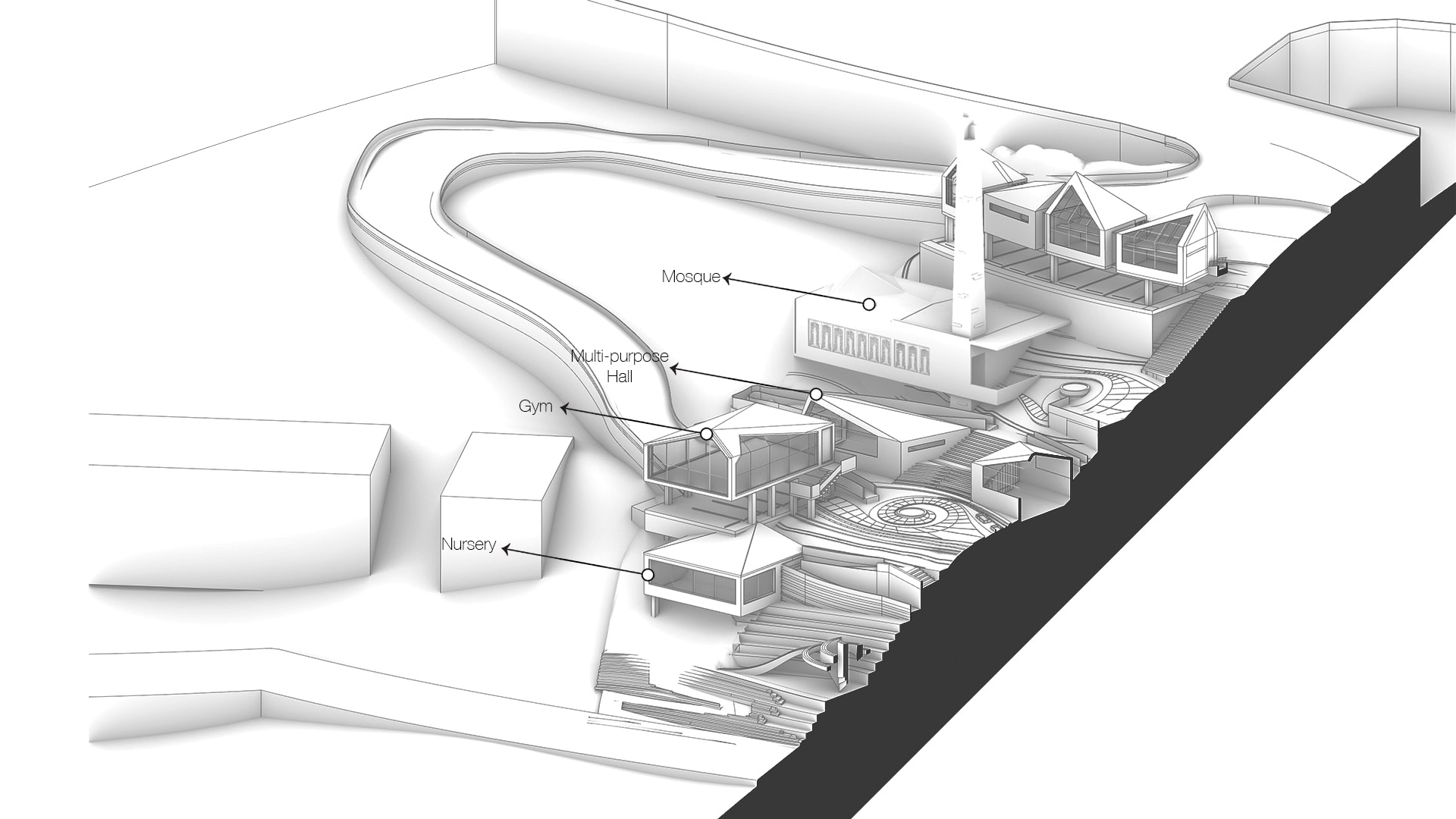 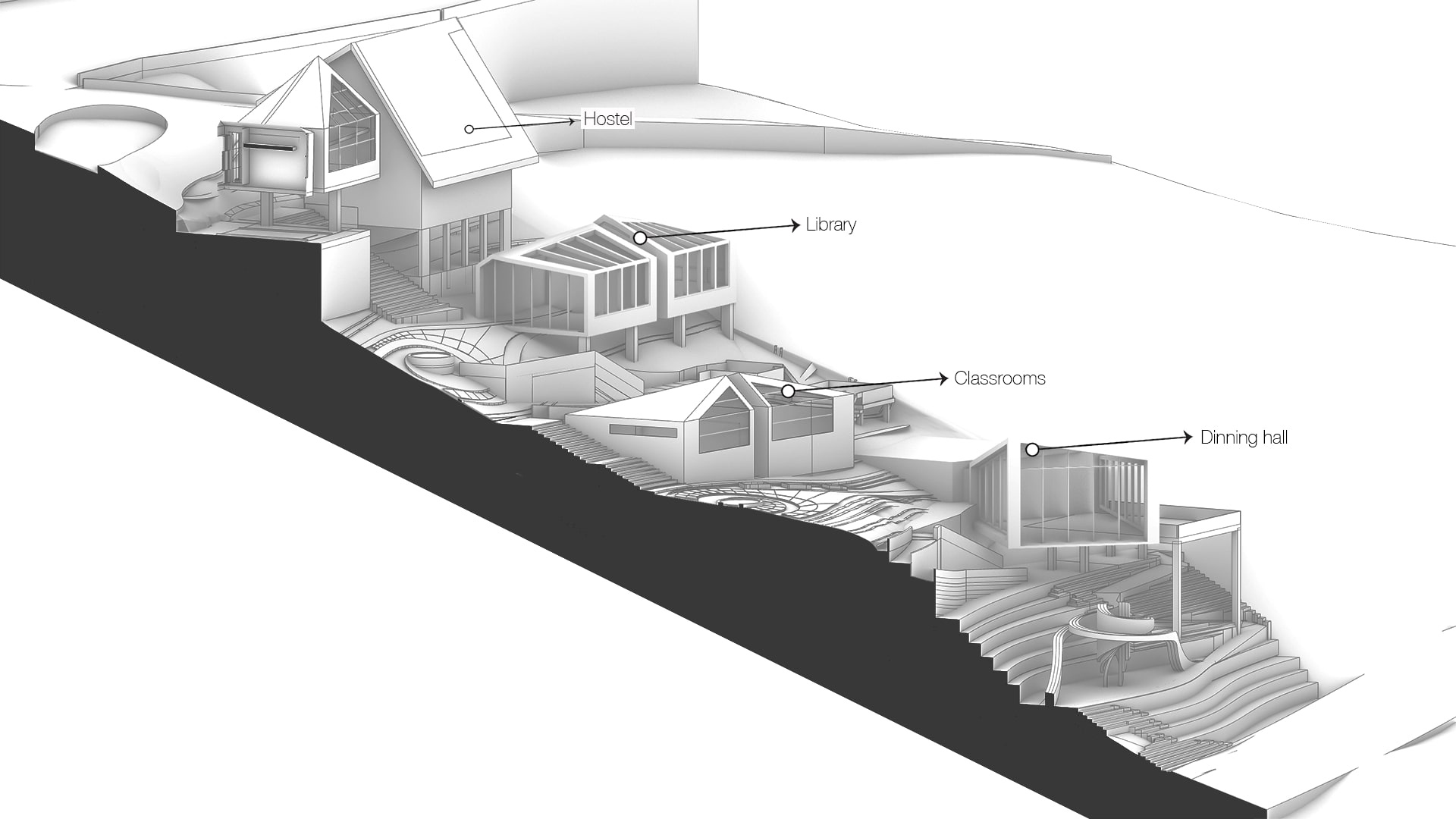 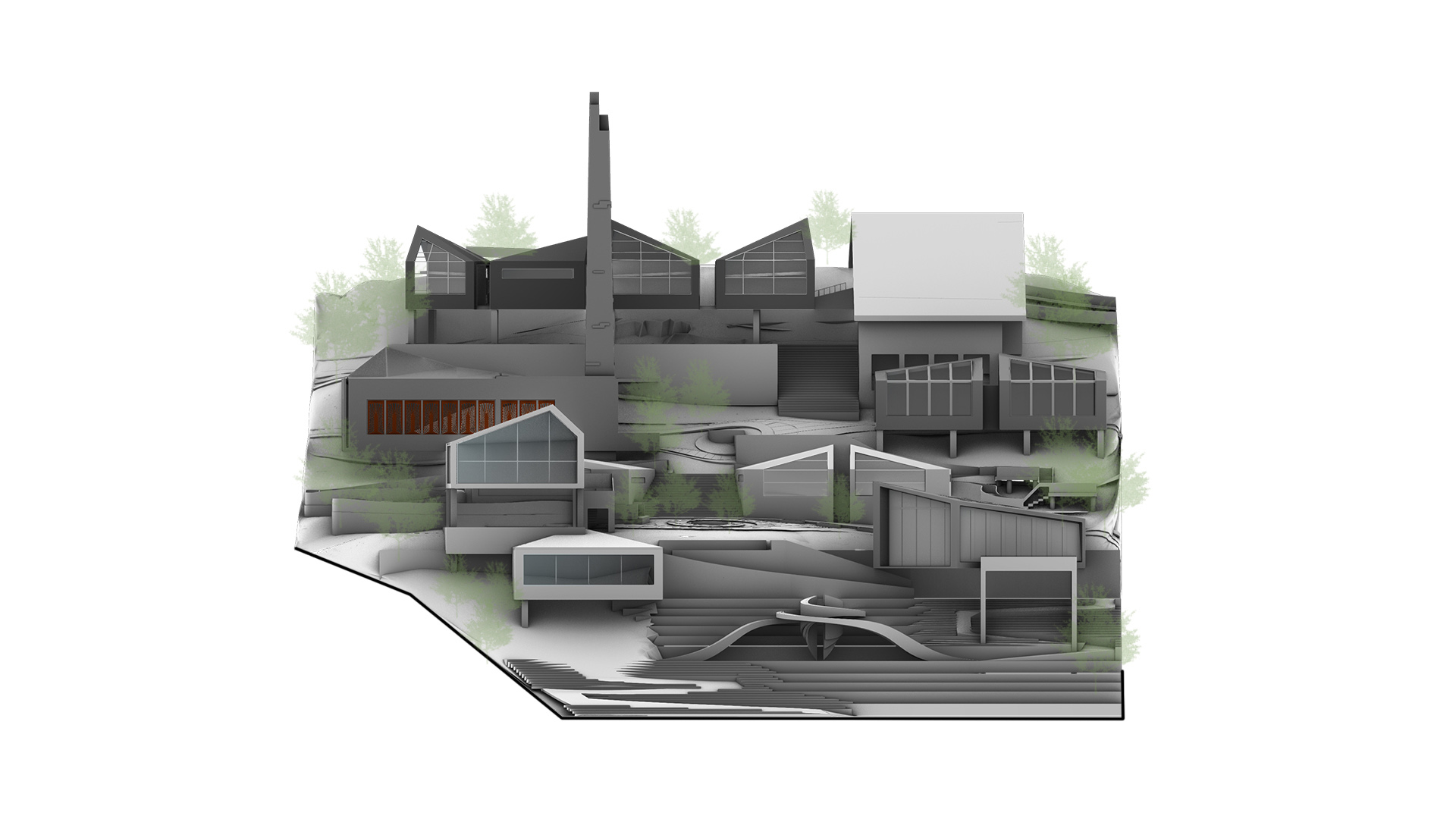 The project is located on the eastern side of Queenstown, Adjoining the scenic Frankton walking track, the land is perfectly positioned midway between Queenstown CBD and Frankton with its growing amenities, sports facilities and International Airport. The sloping site is spread over two titles with spectacular views of Lake Wakatipu and the surrounding mountains.
The main objectives of the proposal are the adaptation to new needs of the city, integration in the protected urban environment, sustainability and energy saving, accessibility, and visual permeability.

The three main plazas that continue along the main visual axis of the site which are connected visually through small water canals traveling down from the highest point in the site to its lowest, define the access to the different facilities, as well as offering a meeting place for the community. These outdoor plazas can be used to hold various public events and provide a new place for local people to relax due to their carefully designed landscape inspired from the spiral Māori pattern (New Zealand’s ancient locals) along with the site’s contour lines. Seating and greenery are distributed according to the combination of both the pattern and contour lines.
The minaret and pavilion that are distributed along the slope define an axis that is visible from both sides of the site.
The first visible plaza to the pedestrians of Te Araoa street is stepped to allow the transition to the next plaza and also to create seating overlooking the lake and the street forming a sense of welcoming, embodying the spirit of “Whakamanuhiri” which is a very important aspect in the Māori culture. The second plaza is defined by the buildings around it that all share a social function. This plaza is connected to the next one through a series of stairs and ramps giving it a sense of privacy because this plaza is surrounded by the library, mosque and hostel.