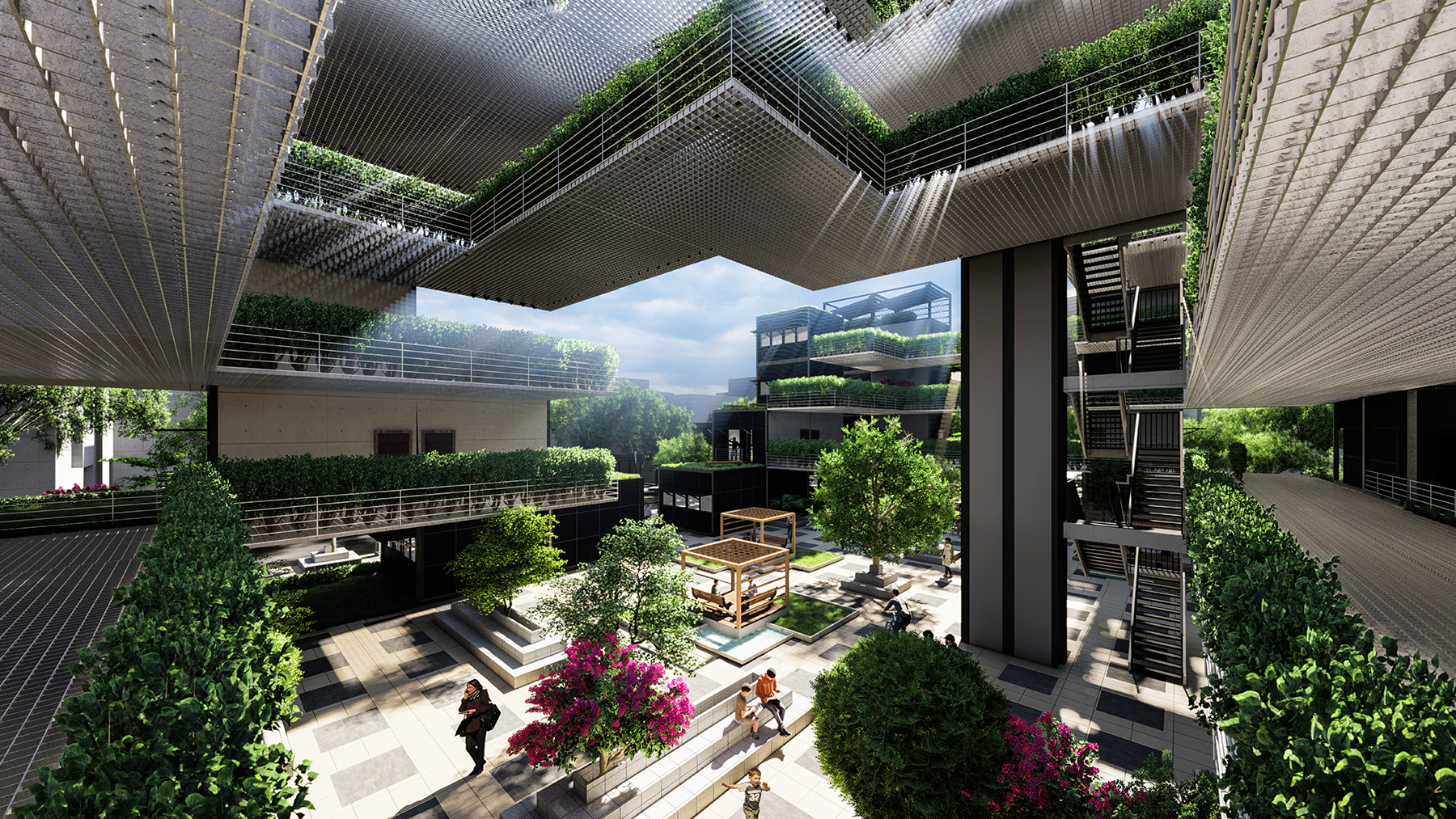 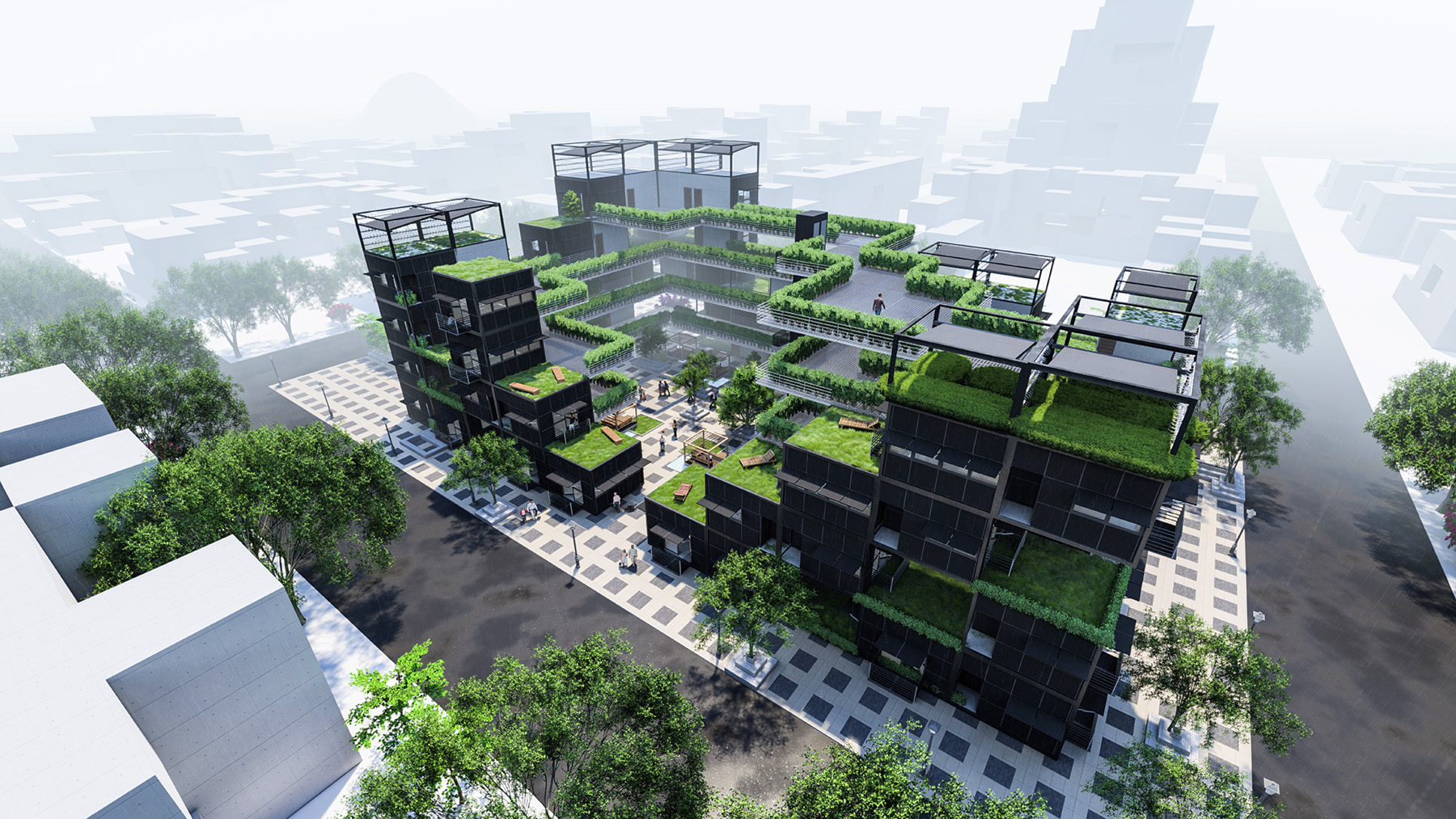 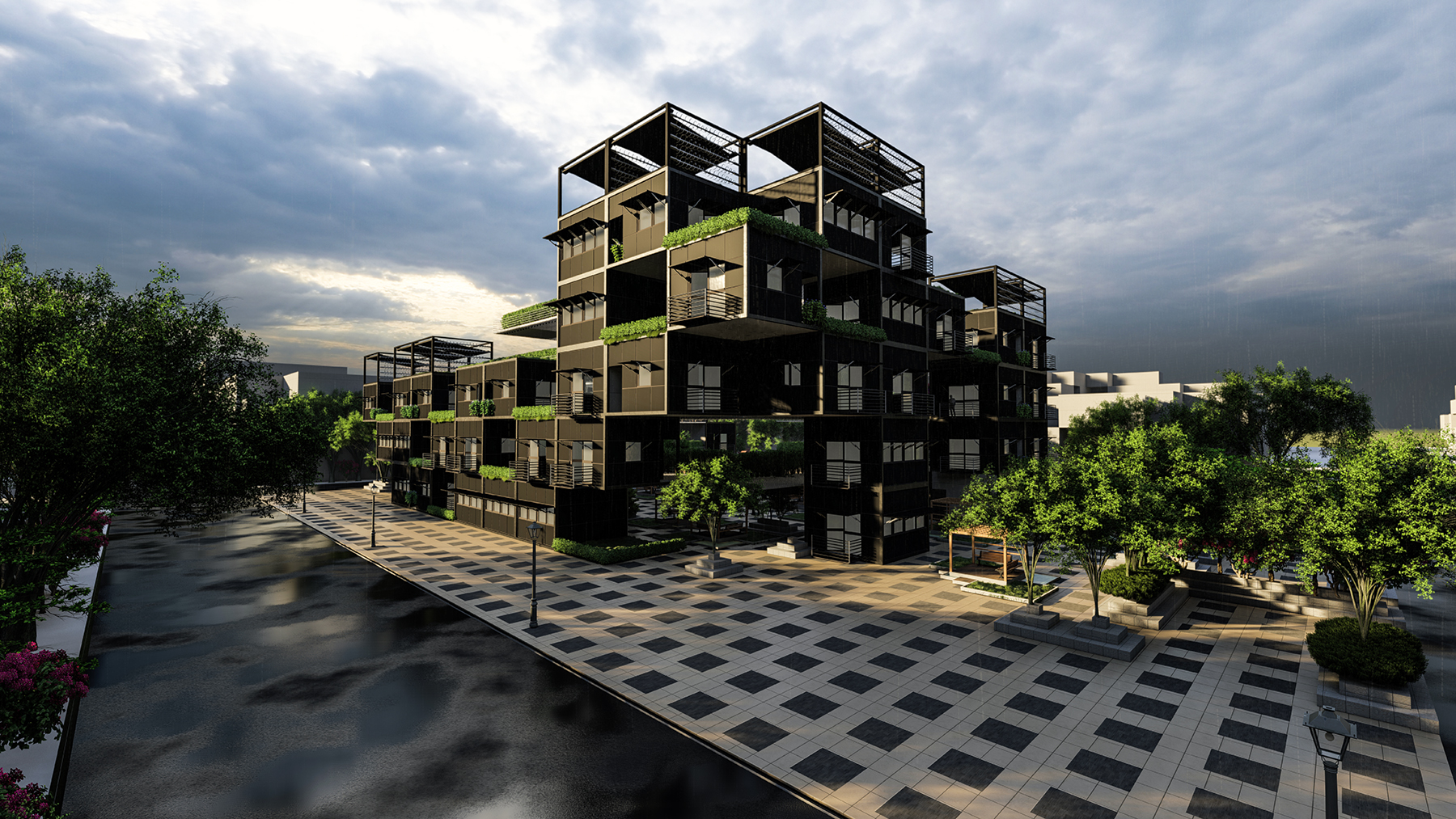 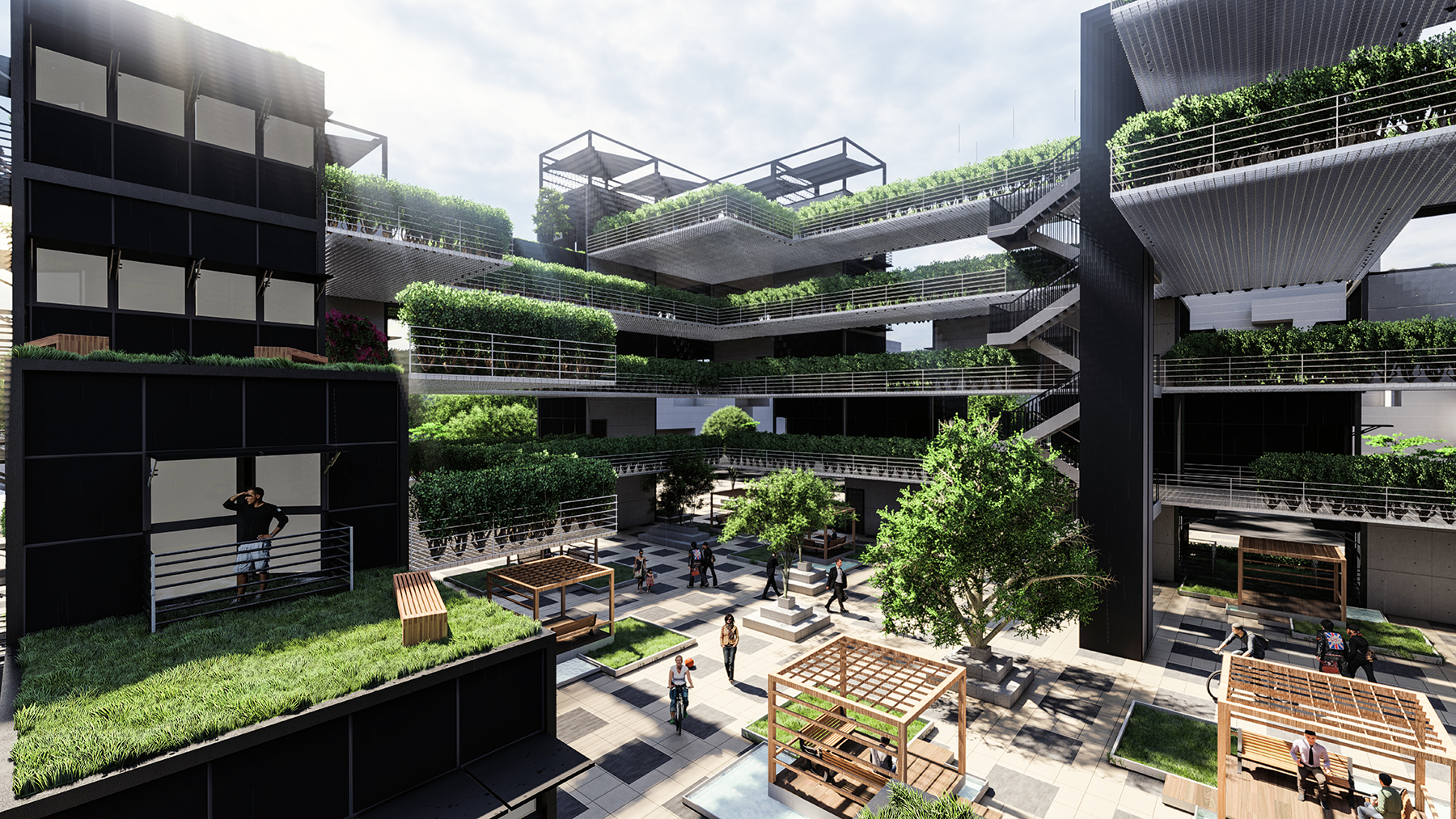 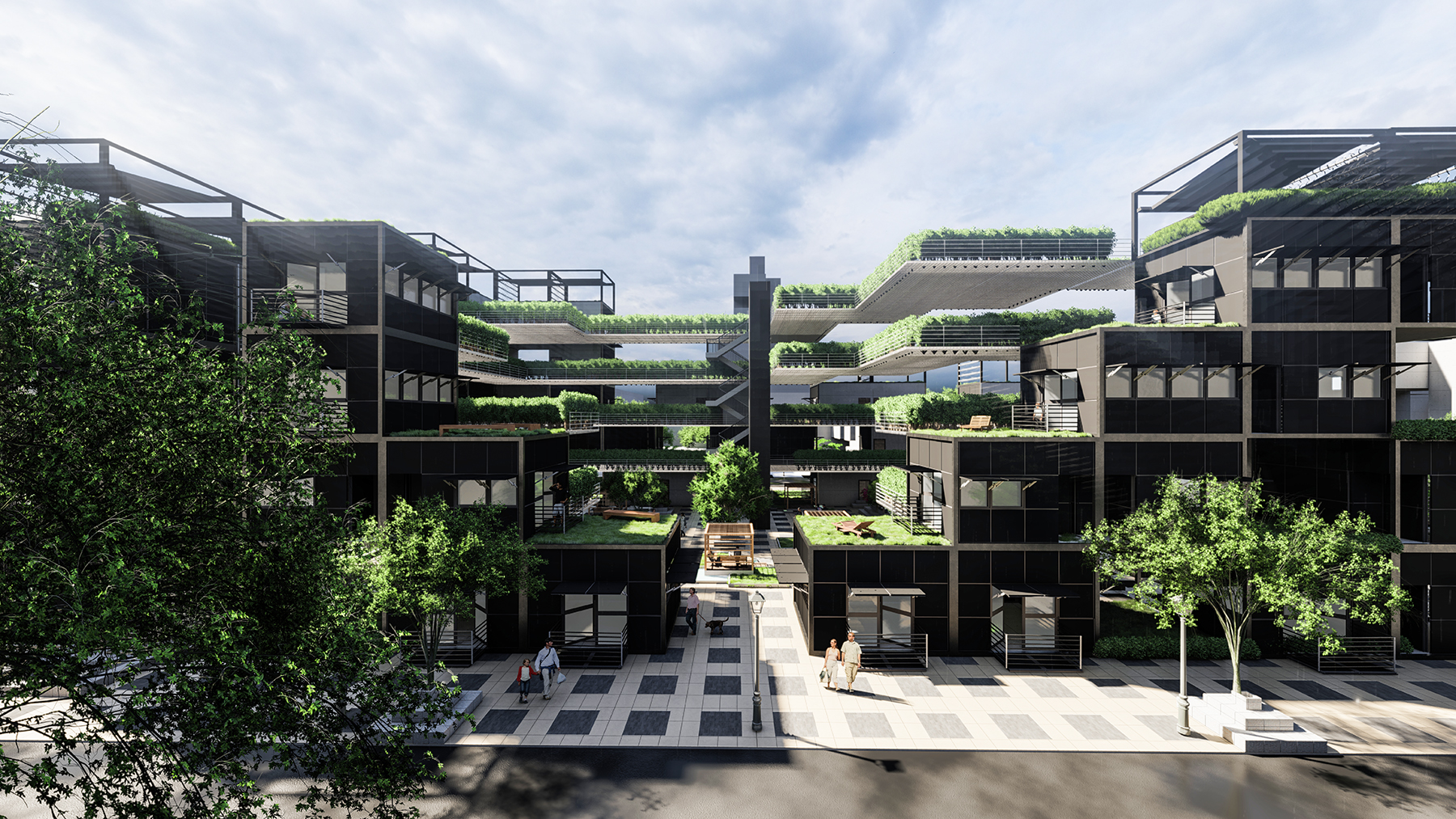 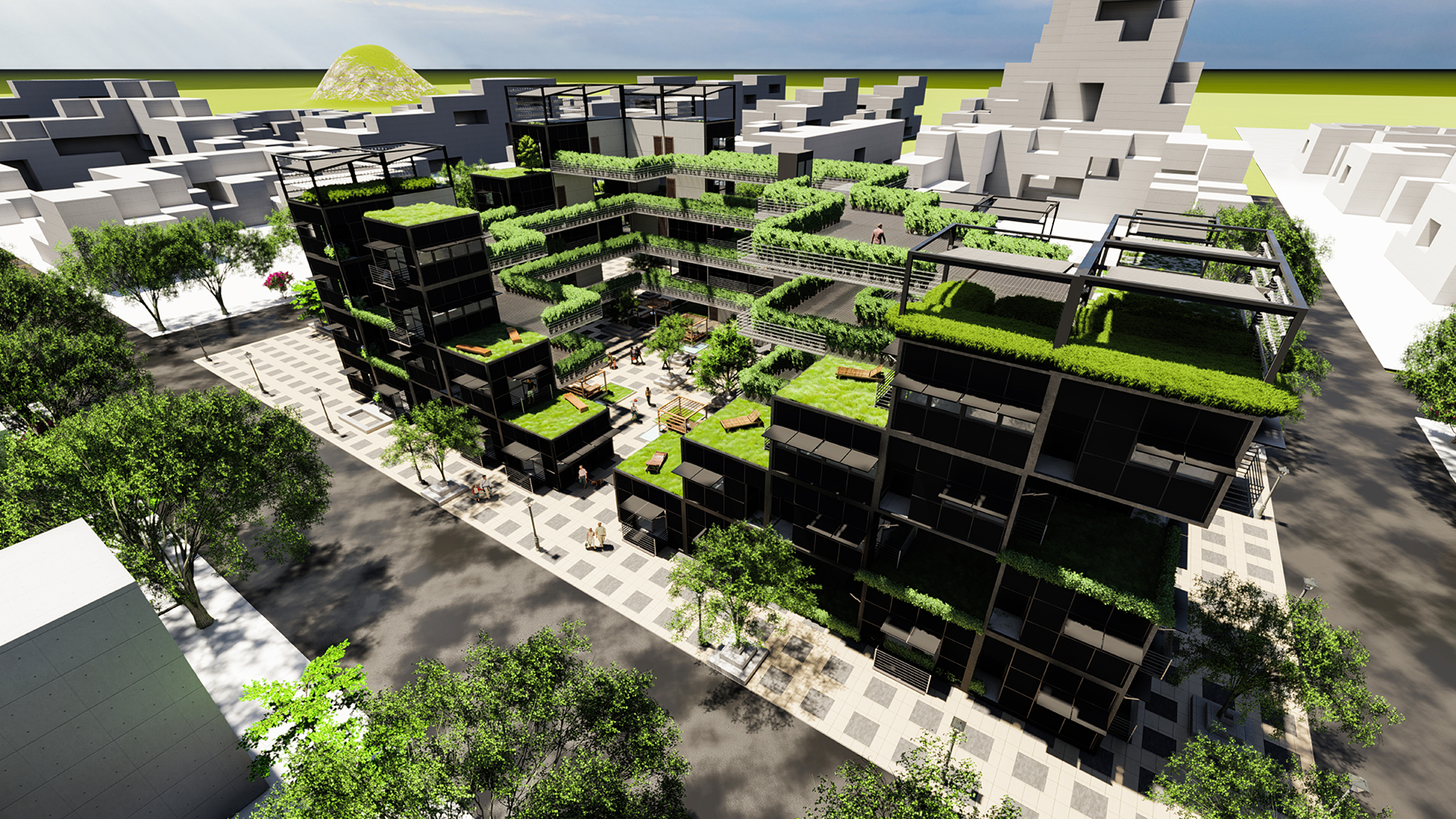 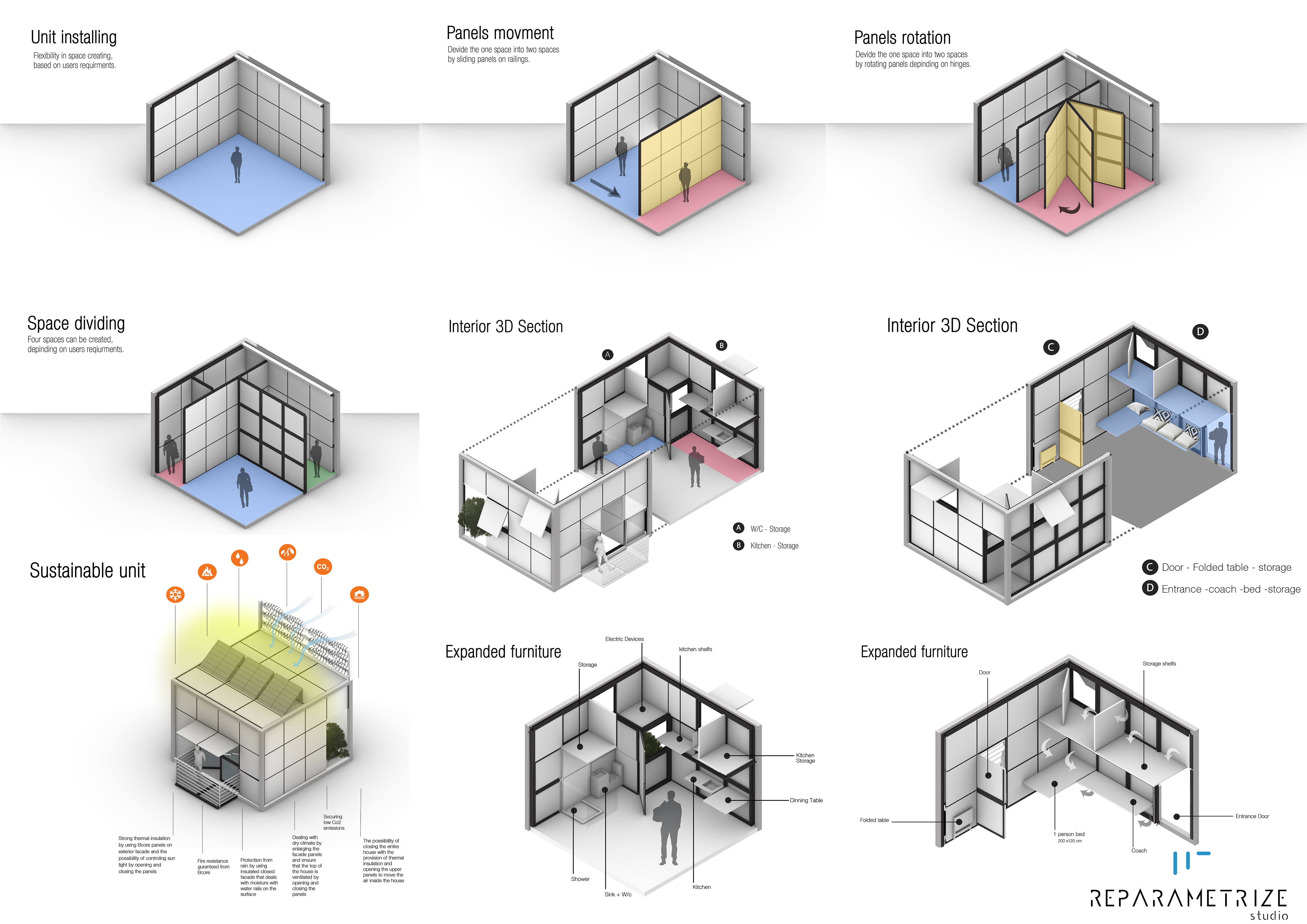 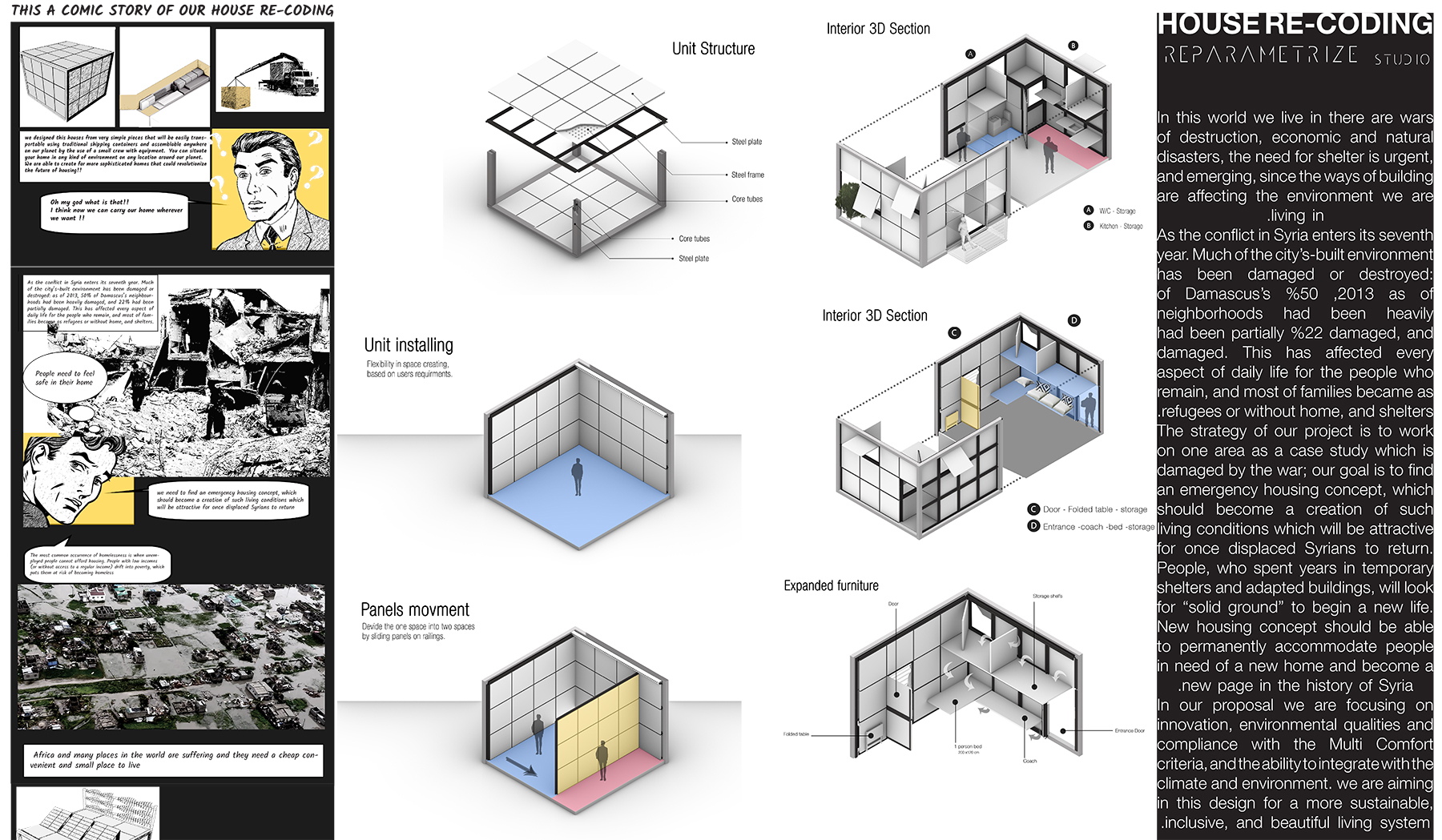 In this world we live in there are wars of destruction, economic and natural disasters, the need for shelter is urgent, and emerging, since the ways of building are affecting the environment we are living in.
As the conflict in Syria enters its seventh year. Much of the city’s-built environment has been damaged or destroyed: as of 2013, 50% of Damascus’s neighborhoods had been heavily damaged, and 22% had been partially damaged. This has affected every aspect of daily life for the people who remain, and most of families became as refugees or without home, and shelters.
The strategy of our project is to work on one area as a case study which is damaged by the war; our goal is to find an emergency housing concept, which should become a creation of such living conditions which will be attractive for once displaced Syrians to return. People, who spent years in temporary shelters and adapted buildings, will look for “solid ground” to begin a new life. New housing concept should be able to permanently accommodate people in need of a new home and become a new page in the history of Syria.
In our proposal we are focusing on innovation, environmental qualities and compliance with the Multi Comfort criteria, and the ability to integrate with the climate and environment. we are aiming in this design for a more sustainable, inclusive, and beautiful living system.

Our house is designed to be used everywhere worldwide and in every climate, affordable and easy to install specially for limited income students, homeless families and everyone who wants a convenient lifestyle

It is also used as an alternative emergency housing system – Syria as an example- due to its ability to adapt and work as a complete system everywhere.

We create a house unit (frame box) to be adaptive to the deformation of the existing buildings and to create a new system of living that will start with temporary, adaptive building structures that have the tendency to grow with time and people.

The project proposes living space with different levels of privacy and public access. The “Social rooftop” connects the buildings with a series of intertwined plaza spaces, spreading resources and amenities throughout. Green space and plantings are prominent features both within and between building elements.